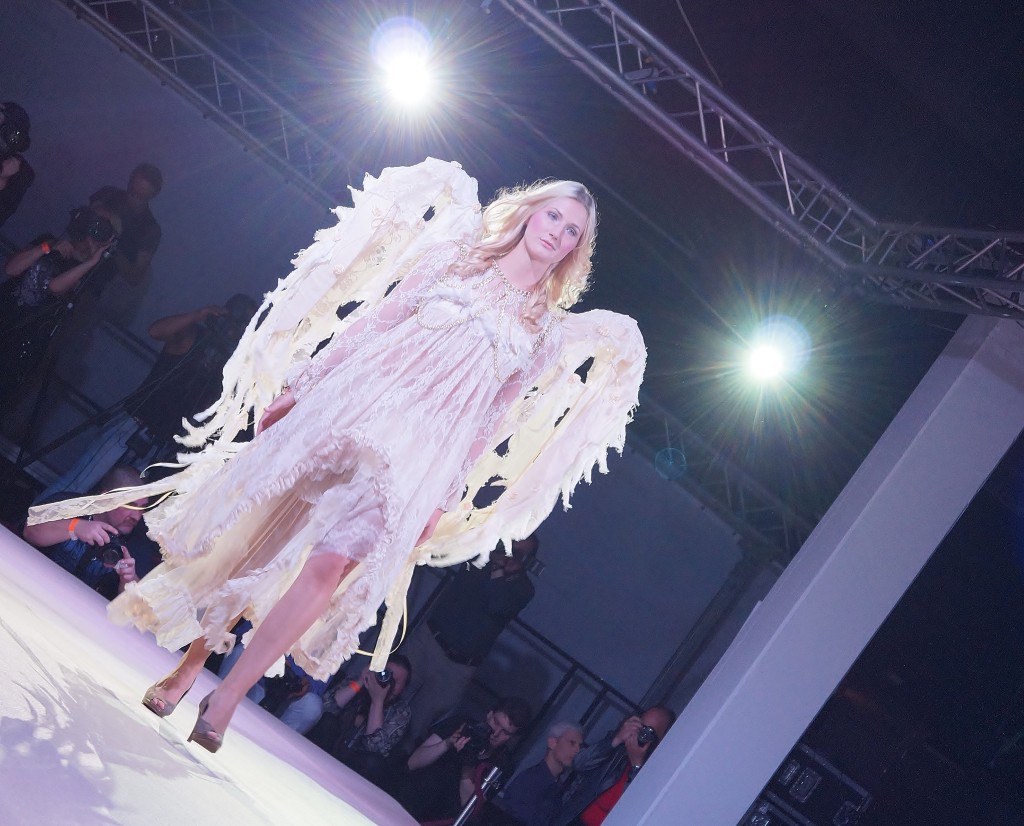 Since 2009, Berlin’s Night of Fashion (BNOF) is one of the esteemed fashion events during Fashion Week Berlin, organized by the event agency After Network, CEO Peter Schuler. It was a great pleasure for me to be a front row guest and enjoy this spectacular fashion show. The show was in two acts with an elongated pause in between, during which the guests had the opportunity to hold a small talk at a glass of wine or get a snack. In total five designers presented their collections. The fashion show was rounded off by several artists. The walk down the red carpet was, of course, the indispensable part of the event.

Berlin’s Night of Fashion Act One 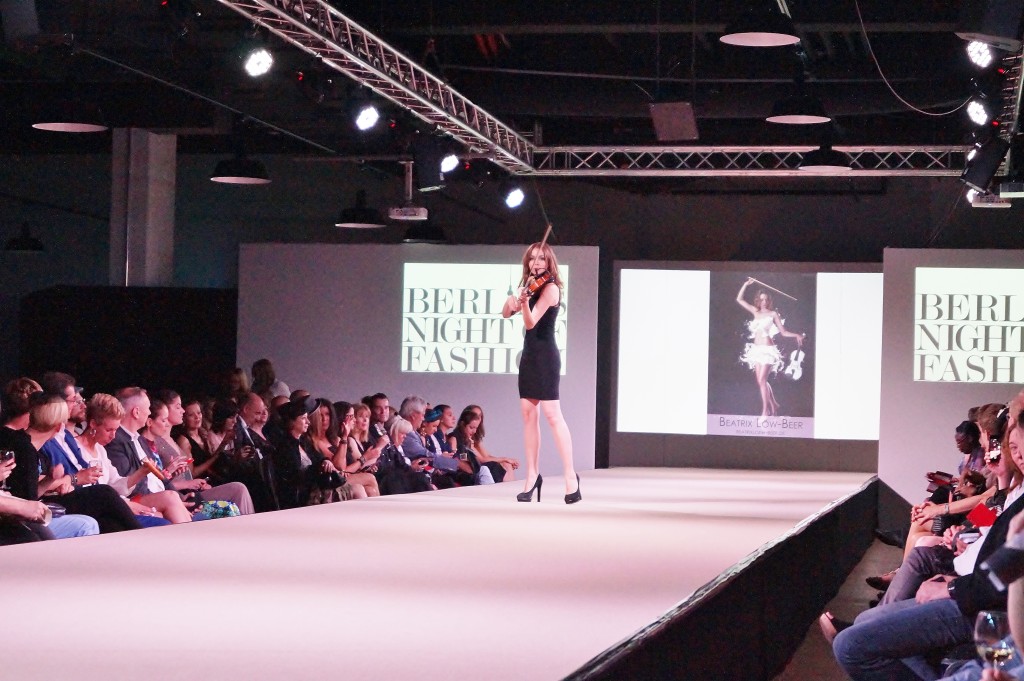 The Berlin’s Night of Fashion was opened by the violinist Beatrix Löw-Beer and the singer Mathew Kay, the both constitute the band MABEA. Excellent play and singing, mix of classic and modern. 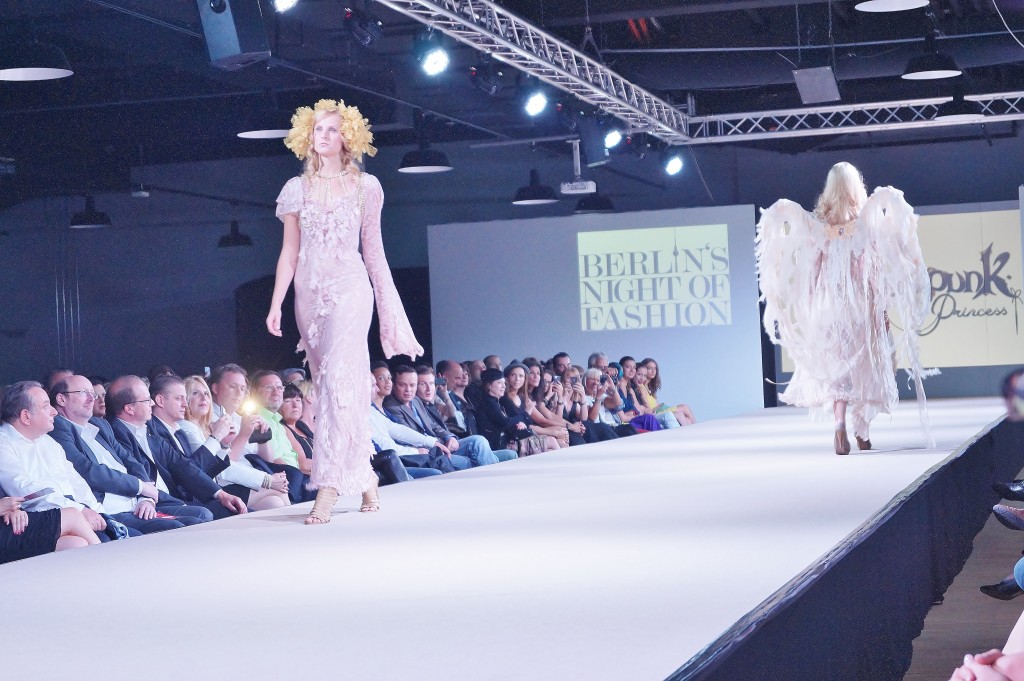 Steampunk Princess presented a unique world of fashion and threw me back in the past. Suddenly I found me in “A Midsummer Night’s Dream” by William Shakespeare among the elves of Titania. )) 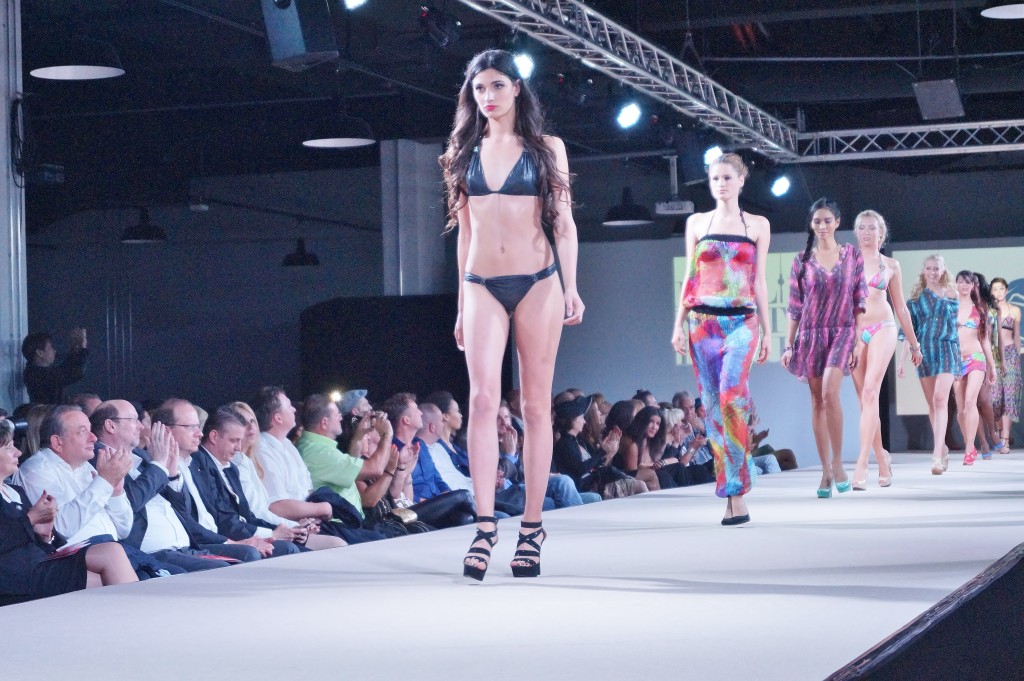 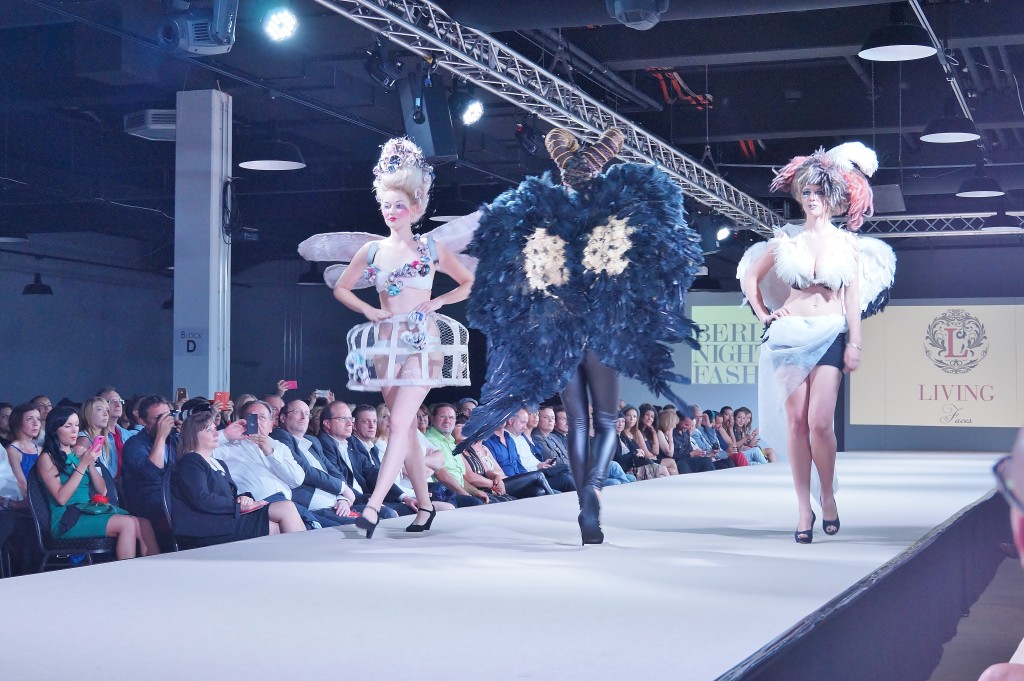 LIVING Faces represents a makeup artist school. As evident they do more than just makeup, but also outfits and headdresses. The label livened up the show with “lollipop” colors. )) 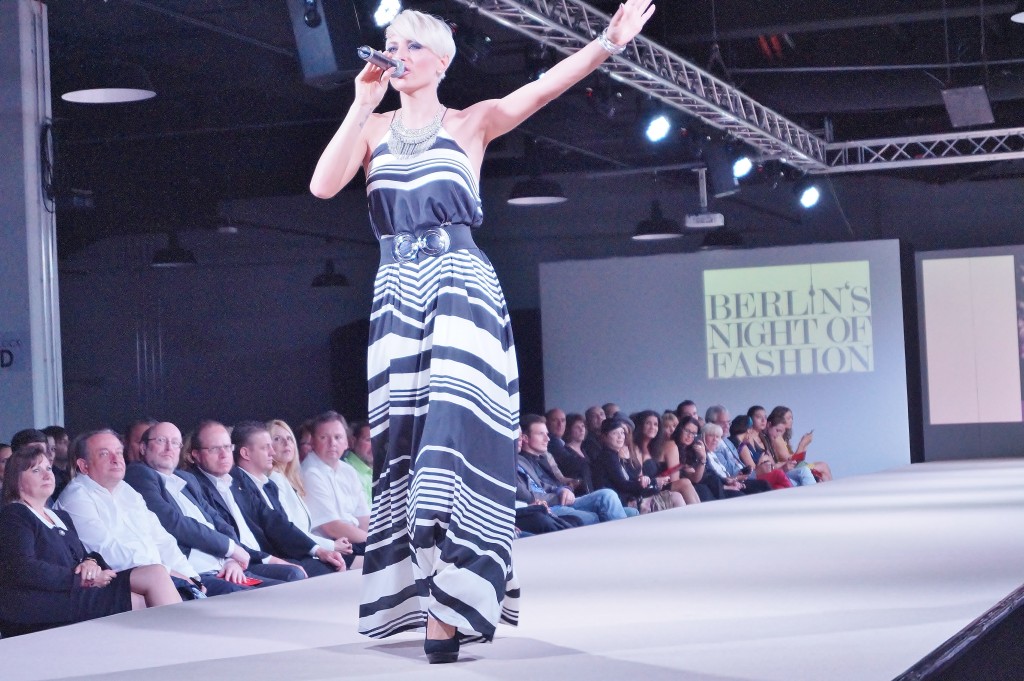 The first act was completed with the singer Fannie L and topped off with the presentation of the sponsors KU64 and Ducksprint. 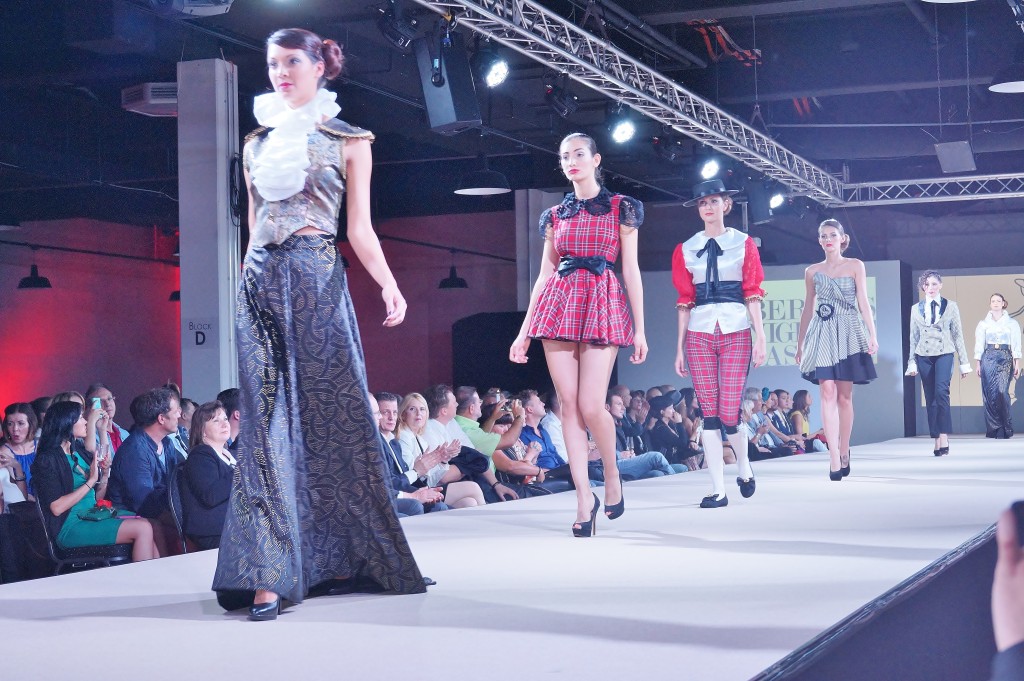 The second act was opened with a ballet dancer in spanish style that matched the dresses of the label ROCKMÄDCHEN. It was totally my thing, because I love ballet. The presentation of the pompous final dress was accompanied by a singer. Great spanish oriented show! 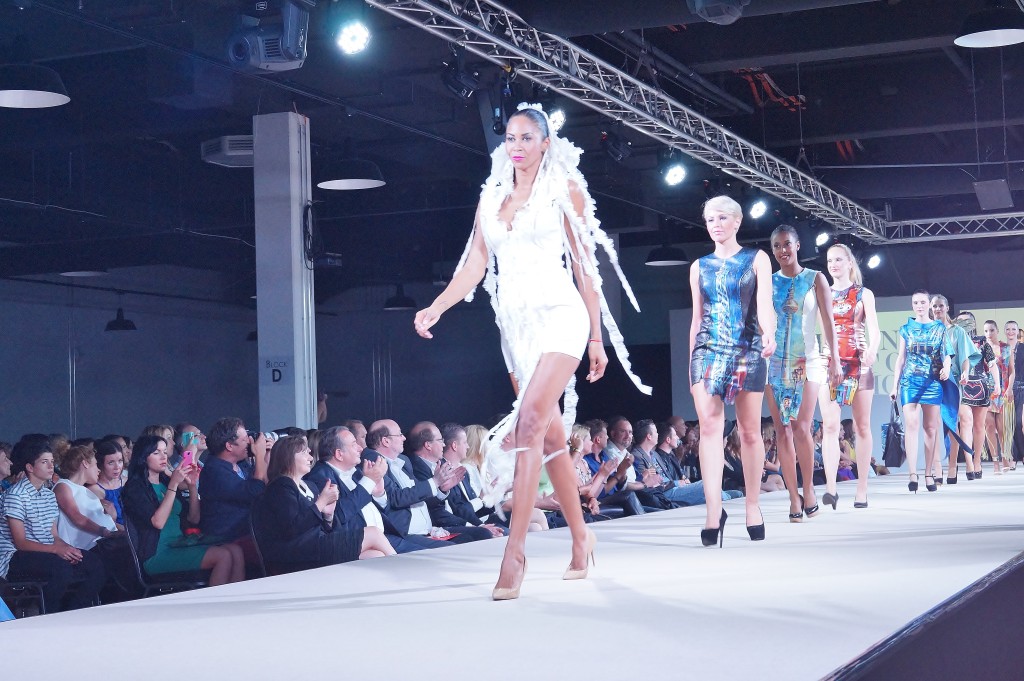 Rodan design presented exquisite fashion of leather and highlighted with Enyerlina as a favorite model. The designer prepared the audience a special surprise. Berlin’s Night of Fashion was hold on the day before the World Cup Final. Thus the models transformed their leather garments into the National Flag dresses directly on the runway. So Enyerlina’s “Berlin’s Night of Fashion” dress became an “Argentina National Flag” one. 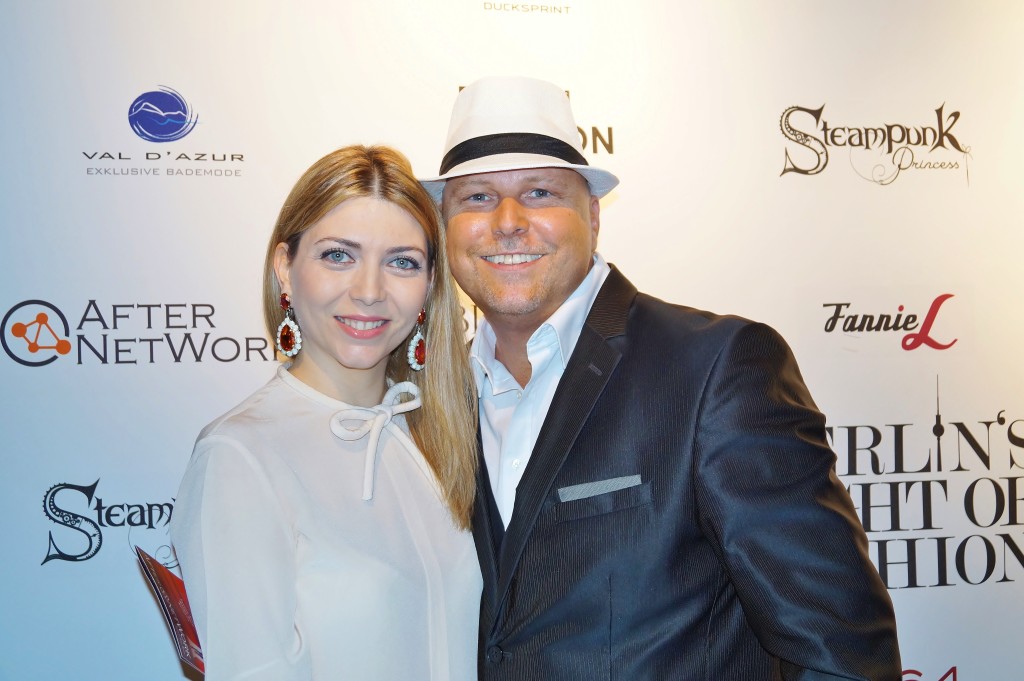 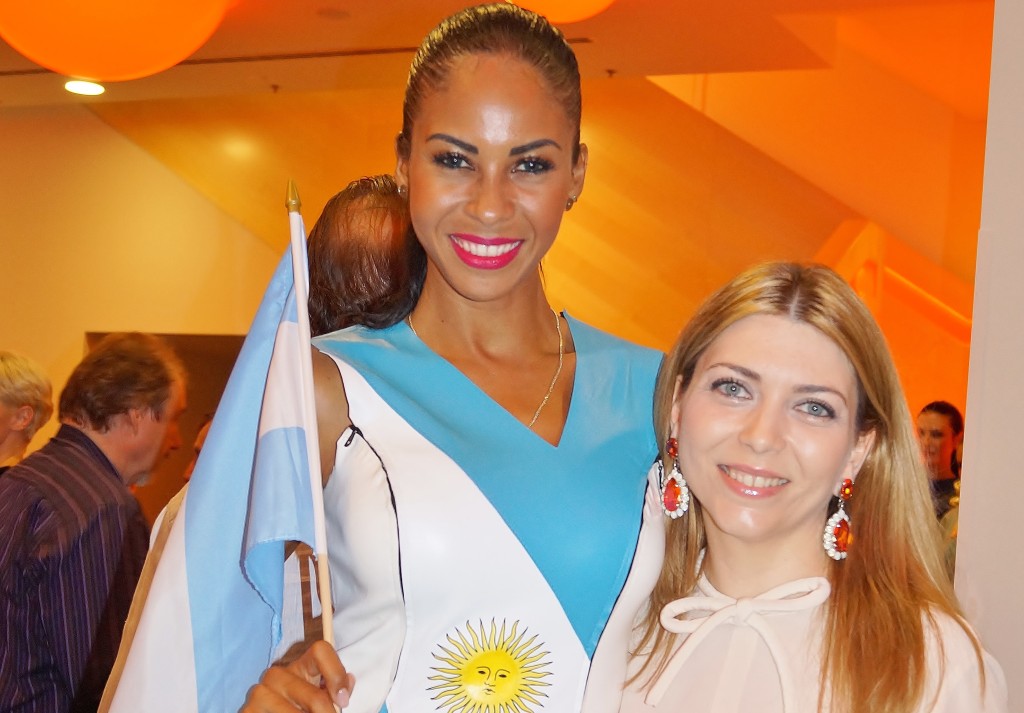 The whole performance was a mix of fashion and entertainment. After Network CEO Peter Schuler rocked the event. Thanks to the organizers for a great show! Model Enyerlina appeared to be so tall that I found me under her shoulder, we both were wearing high heels. ))